Skip to content Skip to navigation Accessibility
You are at: Home » Home » World Maritime Day Parallel Event 2018 in Szczecin. The most...

World Maritime Day Parallel Event 2018 in Szczecin. The most important maritime event of the United Nations has just ended!

Debates with attendance of 15 ministers from all over the world, world-class experts and more than 800 domestic and foreign participants as well as discussions on the most important challenges facing maritime economies nowadays were the results of the World Maritime Day Parallel Event 2018 in Szczecin, which was held on June 13-16 and was organized by the Ministry of Maritime Economy and Inland Navigation of Poland in cooperation with the International Maritime Organization (IMO), a specialized agency of the United Nations.

Mr. Marek Gróbarczyk, Minister of Maritime Economy and Inland Navigation of Poland welcomed the international audience delivering a speech on the Polish activity in the IMO and Polish involvement to fulfill the IMO mission: promote safe, secure, environmentally sound, efficient and sustainable shipping through cooperation. Minister Gróbarczyk also emphasized that there was a great honoured to host the World Maritime Day Parallel Event in the year of the 70th anniversary of the establishment of the IMO as well as the 100th anniversary of regaining independence by Poland. Moreover, Minister Gróbarczyk declared that Poland will run  in the next elections for the IMO Council.

“IMO’s heritage for 70 years has been to drive improvements in shipping to achieve a better world today. But we cannot rest on past achievements. Our challenge for the years to come remains the same: to create better shipping – for a better future,” pointed out IMO Secretary-General Kitack Lim, in his keynote address. Mr. Kitack Lim also presented the IMO achievements until now as well as the goals for the next years.

Following the opening session, representatives of the official foreign delegations as well as international business, academia and experts heard high-level speakers on a range of topics, including: IMO70: Looking back/Looking forward; the Future of Shipping; Green and Smart Shipping; Big Data and Cyber Security in Shipping; Shipping in the Face of New Transport Routes; and the Future of the Maritime Labour Market.

On the margin of the World Maritime Day Parallel Event were organized the high-level roundtable discussion on the ministerial level with the participation of the IMO Secretary-General as well as the high-level meeting of the ministries responsible for maritime affairs and inland navigation of the Central and Eastern European countries and China (16+1 format). The theme of the latter meeting was entitled: Sea ports on the routes of the Belt and Road Initiative. IMO Secretary-General . The discussion was moderated by Ms. Anna Moskwa, Vice-Minister of Maritime Economy and Inland Navigation of Poland. The meeting was attended by Mr. Kitack Lim, IMO Secretary-General; Mr. Xiaoming Liu, Vice-Minister of Transport of China; Ms. Maja Markovčić Kostelac, State Secretary at the Ministry of the Sea, Transport and Infrastructure of Croatia and Mr. Xiaojie Zhang, IMO Council Chair. The meeting also gathered the representatives of the ministries for maritime affairs and transport from Czechia, Estonia, Latvia and Hungary.

The participants have also opportunity to learn about the Polish maritime economy and visited the President Lech Kaczyński LNG Terminal in Świnoujście as well as the Szczecin-Świnoujście Seaport. In addition, delegates attended a reception aboard the Polish sail training ship Dar Młodzieży just before it departed on a round-the-world cruise to celebrate the 100th anniversary of the independence of Poland, another theme running through the parallel event.

The importance of the event was recognized in remarks in a letter from Mr. Andrzej Duda, President of Poland, presented by Mr. Paweł Mucha, Secretary of State, Deputy Chief of the Chancellery of the President as well as a letter from Mr. Mateusz Morawiecki, Polish Prime Minister, which was delivered by Mr. Tomasz Hinc, Voivode of the Western Pomerania Voivodeship.

The World Maritime Day Parallel Event 2018 is the most important maritime event of the United Nations. On the basis of the decision taken by the IMO, this year the event was hosted by the Poland. The theme for the year is “IMO 70: Our Heritage – Better Shipping for a Better Future”. The World Maritime Day Parallel Event 2018 gathered more than 800 participants from more than 40 countries, including the official delegation from Argentina, Brazil, China, Colombia, Croatia, Cyprus, Estonia, Ghana, Greece, Indonesia, Iran, Latvia, Lithuania, France, Mexico, Nigeria, Portugal,  Republic of Korea, Republic of South Africa, Singapore, Thailand, Turkey, United Arab Emirates.

The event covered not only the official proceedings and a conference devoted to maritime issues, but also a number of accompanying cultural, sports and recreational events addressed to domestic and foreign guests and residents of Szczecin. 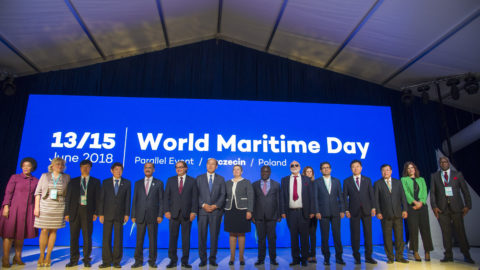 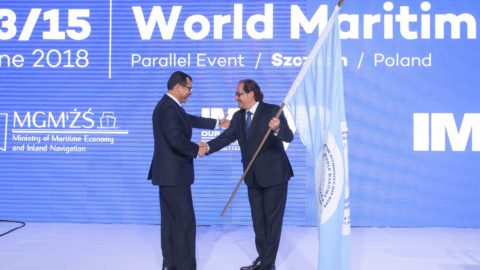 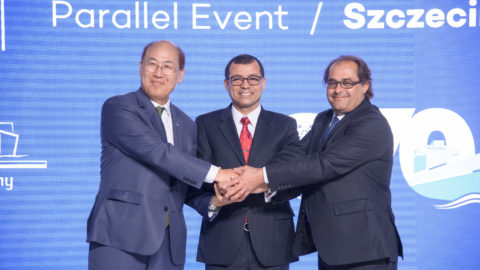 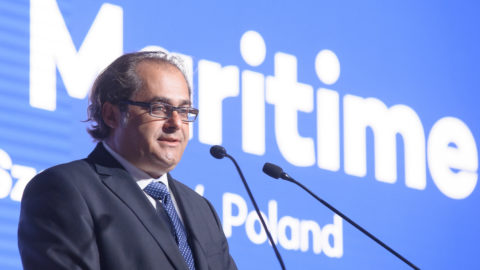 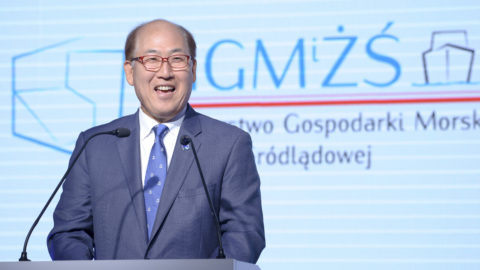 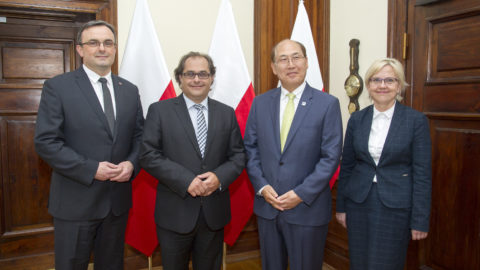 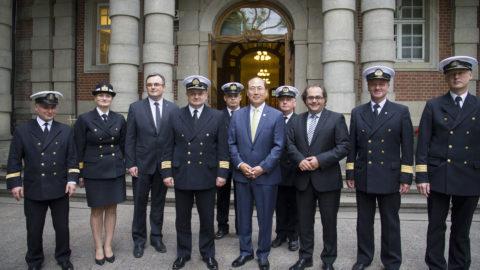 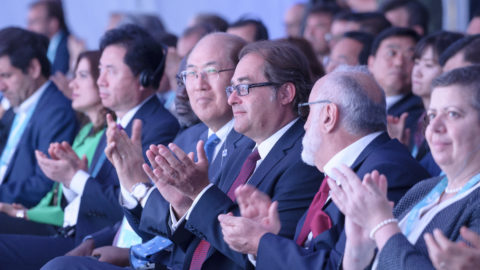 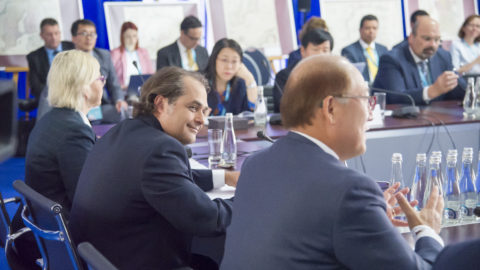 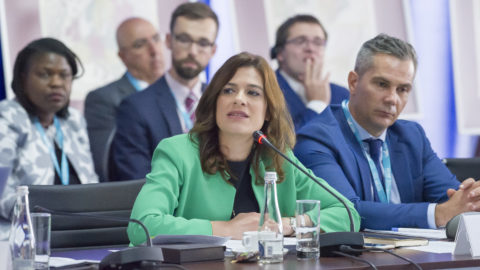 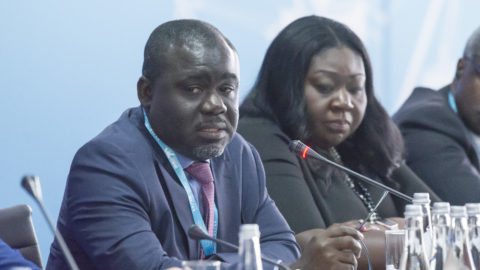 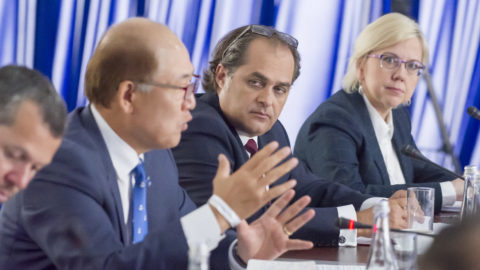 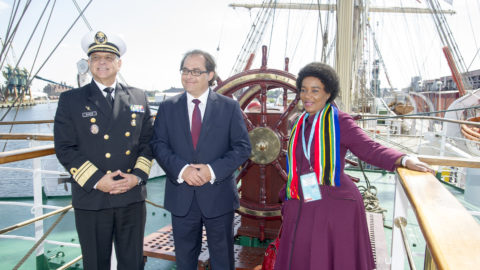 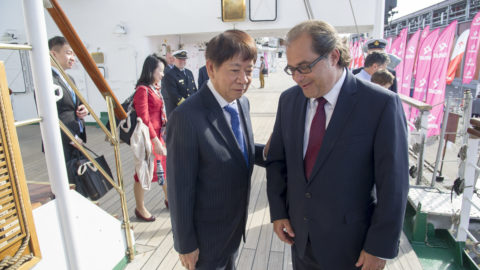