Skip to content Skip to navigation Accessibility
You are at: Home » Maritime Bulletin » Szczecin and Świnoujście – an universal ports complex

The universal ports complex of Szczecin and Świnoujście consists of two complementary entities. Port of Szczecin is a multi-cargo port. It consists of areas designated for general cargo and bulk cargo. In terms of general cargo the port handles all kinds of containers, roll-on roll-off cargo and project cargo such as wind tower components for the wind farms and steel constructions. The bulk cargo area deals mainly with coal, coke, ore, fertilizers and grain. Port of Świnoujście is the biggest terminal in Poland dedicated for dry bulk cargo, and also the biggest Ferry Terminal in Poland and one of the most modern in the Baltic Sea. The main advantage of the ferry terminal is that it can handle the entire railway trains under roll on – roll off. Last but not least the port of Świnoujście hosts the largest LNG terminal on the Baltic Sea, capable of handling up to Q-Flex type of vessels and able to store up to 320,000 sqm of liquid fuel.

The port complex of Szczecin and Świnoujście is a core part of the Transeuropean Transport Network TEN-T. Thanks to a well developed net of railway road and inland waterways connections, shipments can reach entire Poland as well as Western and Southern Europe.

The ports of Szczecin and Świnoujście offer:

The universal port infrastructure of ports of Szczecin and Świnoujście gives vast possibilities of different cargo handling. Container terminals in both ports handle about 200.000 TEU’s yearly. Regular cargo lines provide possibilities of shipments to Scandinavian countries, Great Britain, Western Europe and Faroe Islands. On the other hand the ferry terminal in Świnoujście provide a variety of possibilities of handling ro-ro type of cargoes as well as passenger traffic. Eleven departures daily on average build a virtual bridge to Sweden (Ystad and Treleborg). Our stevedoring companies provide services such as grouping and packing of cargo and storage in the duty free zone.

The Szczecin and Świnoujście Seaports Authority put special emphasis on port infrastructure projects creating conditions for investment by companies interested in developing their own transshipment, storage and production terminals. The objective of the Szczecin and Świnoujście Seaports Authority is to attract investors interested in financing, building and operating of terminals as well as creating port industry.

Our main investment offer is, among others, the Ostrów Grabowski peninsula. The maximum available land area is 140 hectares divided into ten investment areas. The area is situated directly at Fińskie quay and near new planned Norweskie and Duńskie quays. Plans for the investment complex include new road, rail and utilities infrastructure. Additionally in the perspective of 2014-2020 the Maritime Office in Szczecin will implement a dredging project providing 12,5 technical depth on main waterways in the port as well as on the access paths. Following the dredging project the SŚSA developed plans for dredging of the Dębicki Canal to assure the same waterways conditions for future clients.

In the general interest of the environment, all actions taken by the Seaports Authority comply with the EU environmental regulations and are in accordance with licenses in the field of environmental protection. Ports Authority, as manager of the ports of Szczecin and Świnoujście has implemented in 2011 an environmental management system ISO 14001:2004. 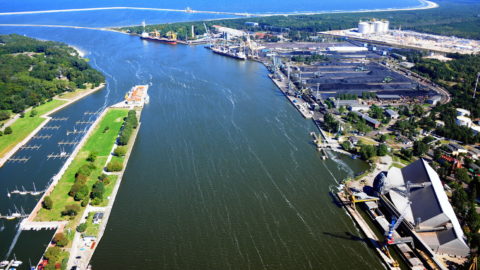 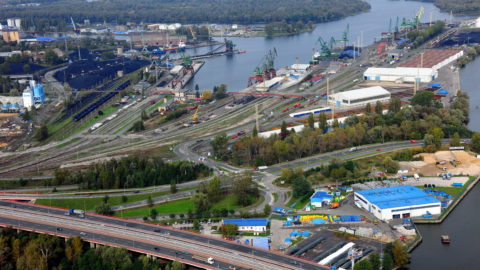 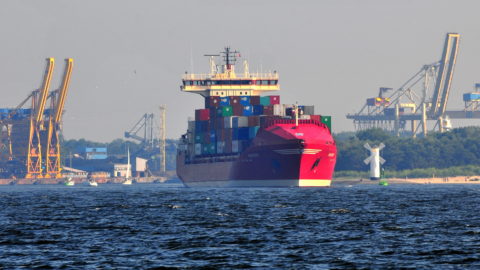 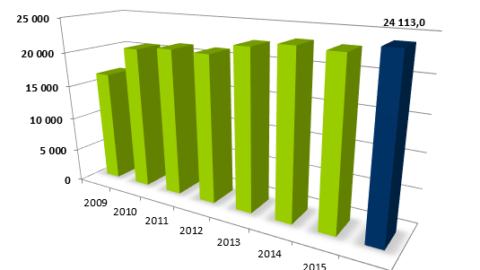 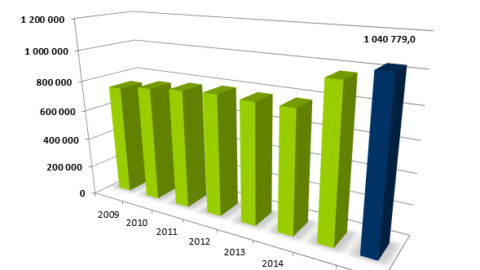 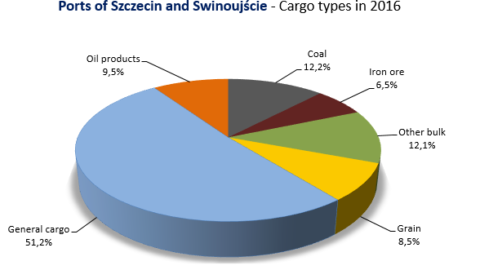