Skip to content Skip to navigation Accessibility
You are at: Home » Home » Ports investments can boost the Europe’s future economy

Maritime transport is essential to the world’s economy as over 90% of the world’s trade is carried by sea and it is, by far, the most cost-effective way to move a mass goods and raw materials around the world. In relation to this, seaports are an inseparable element of the global economy. In order to revive the Central and Eastern European economy, it is crucial to reduce the risk for the implementation of investment projects related to the improvement of seaport infrastructure, including ports accessibility. It is the maintenance of investment continuity that is able to secure the economic future of the entire region. Completing them is an opportunity to overcome the recession in the near future. In light of the above, it is important to undertake joint actions at the EU level to secure strategic infrastructure investment projects covered by EU funds.

In Poland multi-billion investments will be of great importance for Europe’s economic growth. They are expected both in Poland and in the entire region. It should be emphasized that currently implemented EU projects are not endangered. Thanks to the investments, the operating conditions of many different business entities throughout the region that export and import their goods by sea will dramatically increase. In Poland, the preparatory activities to launch the investment and renovation tasks provided for the 2020-2022 investment plan have gained momentum. To enable potential contractors to start these projects, tenders and orders are prepared on an ongoing basis. It is worth emphasizing that any disruption and / or delay in financing these investments is a greater threat to the Europes economy than the actual Covid19 effects.

It should also be marked that improving seaports infrastructure will significantly increase the quantity and quality of transhipments in this part of Europe. In light of the growth forecats of supply for container transhipments in ports (an increase to 9.5 million TEU in 2050) Poland is responding to these trends. The scale of infrastructure investments in  Poland is tremendous. Polish seaports have a chance to become one of the leading transhipment points in the CEEC region. In the Port of Gdynia alone, investments will reach about 3.5 billion PLN, currently the Port investments are at the level of 1 billion PLN , including PKP PLK investment, the Maritime Authority- breakwaters, the approach track and a large investment of PERN 0.5 billion PLN).  The construction investment of a deep-water Outer Port will boost the Port of Gdynia handling capacity by 2.5 million TEU (currently it supports 1.8 million TEU). The Port will also gain a separate space for offshore wind farms. We have already acquired partners for the port construction and currently we are preparing documentation and specifications so that the investor ultimately selected meets our expectations – said Adam Meller, President of the Port of Gdynia Authority. Additionally, the other investment of a deep-water container terminal construction in Świnoujście is also very popular among investors. The spectrum of these interests varies from one of the world’s largest container operators, through a consortium that deals with the largest hydrotechnical operations in Europe seaports and in the world, up to operators more focused on logistics. The right entity will soon be selected – said Krzysztof Urbaś, President of the Szczecin and Świnoujście Seaports Authority. According to the assumptions, the terminal will enable the simultaneous operation of two units, 400-meter and the other one to 200-meter. Annually, it will be possible to reload about 1.5 million TEU. In line the plan, the project should be completed in 2024. Thanks to ports infrastrcuture investments the entire region will gain new and modernized quays that will be adapted to handle both containers from the world’s largest ocean ships as well as intermodal transport.

Poland is a country with favorable investment conditions. On the international scene Poland is a leader among Central Eastern European Countries in terms of economic stability, degree of entrepreneurship, innovation, qualified employees and development dynamics. In comparison with Western Europe, foreign investors appreciate the high qualifications of CEEC employees with relatively low labor costs. Poland’s convinient location at the junction of the East West and North South Europe makes it perfect destination for targeting any area of Europe. It is also one of the most important country on the map of the TEN -T (Trans–European Network Transport). The main trade and transport routes leading from the North to the South and from the West to the East of the continent intersect in Poland. Suprisingly, Poland has been also one of the realtive winners during the past global financial crisis and may now in the post Covid19 crisis years offer a product which may be in short supply – economic stability.  It is possible that part of the infrastructure investment may be built with some participation of Chinese investors. Over the years, for example, the nature of Chinese investments in the Central and Eastern Europe has evolved. Most Chinese financial institutions have also been located in Poland: AIIB, Bank of China, China Construction Bank, Industrial and Commercial Bank of China and Haitong. China will undoubtedly use BRI projects and the 17 + 1 format to achieve the goals of its own diplomacy in the new geopolitical reality. In times of Covid19 their support for such countries as Serbia, Albania, Macedonia is already visible. It should also be expected that depending on the new economic and geostrategic puzzle investment opportunity in the region can attract not only investors from Western Europe but also other world’s players. 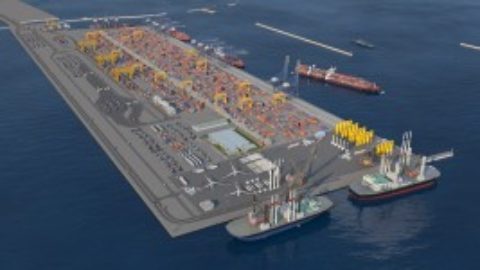 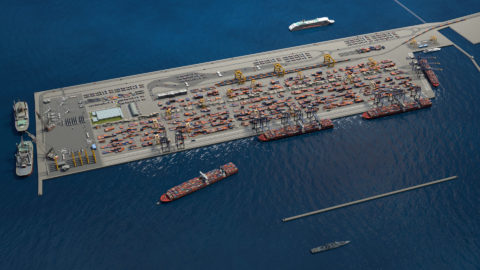