Skip to content Skip to navigation Accessibility
You are at: Home » Home » Polish seaports capacity in times of Covid19

Covid19 affects shipping conditions. The production suspension, falling supply, restrictive ports procedures and regulations regarding transport of goods and ship crews, also cases of illness – these are factors that directly disrupt or interrupt supply chains. Furthermore, there are aslo the global threats related to recession, price wars in global oil markets, drought, and others. The maritime transport sector, including shipowners  and port management entities point out transshipment declines, which significantly affects their financial situation. The coronavirus lead to largest decline in container shipping on the international shipping market. However, in this difficult times there is also a good forecast. The maritime industry, which is extremely sensitive to human dramas, aims to strengthen the resilience of supply chains to the Covid19 effects. Shipping will do “almost everything” to avoid derailing economies. Global economies are providing unprecedented financial support. Almost 8 trillion USD, which is around 9% of global GDP, has been allocated to strengthening the economy. It can be expected that such activities, similarly to previous crises, will cause an economic rebound of the economy.

Taking into consideration the optimistic scenario, the Polish seaports have a chance to return on the path of dynamic growth in 2021. Ports are counting on rebounding transshipment results as early as Q2 of this year. This optimistic scenerio is supported by the current situation in Polish seaports. There is more traffic in all port areas and significant improvement in the numbers of ships (but yet this not apply to ships size). Although the crisis, most Polish seaports did not freeze their services, and restrictions imposed due to Covid19 does not interfere their operations. Regardless of the global threats Polish seaports transshipment are at a good and safe level. Transshipments increased mainly in grain but there are also visible increases in other cargo groups – mass, oil and petroleum products.

Table 1. Transshipments of primary importance ports for the Polish economy in the Q1 of 2020 in thous. tons.

In Q1 2020, transshipment of primary importance ports for the Polish economy reached 25 554 thous. tons to 26 862 thous. tons in the Q2 2019. They were lower by about 5 per cent compared to the last year. The Port of Gdynia shares in transhipment dropped up 3 %, the Port of Gdańsk 2 % down, and the Ports of Szczecin-Świnoujście fell by 1 %. In the Port of Gdynia transshipments reached to 6,355 thous. tons and were higher by almost 5% (by approx. 300 thous. tons), whereas there is a significant decrease in cargo turnoves (by 469 thous. tons) and wood (by 120 thous. tons). Similarly to the Port of Rotterdam, the Port of Gdansk reported 8% falls in transshipments. To the greatest extent, it concerned energy carriers, i.e. liquid fuels and coal. However, the observed downward trends are slight and inevitable. If the demand for raw materials decreases, it is clear that this will affect ports. Though, the marked downwards by Polish seaport groups are still comparable to those observed by the largest european ports.

Absolutely, in Poland the beginning of this year proved to be record-breaking for grain transshipments. The Port of Gdynia has a dominant position in grain handling. In the Q1 2020, it was 722,000 tons more than in the previous year. The share of Port Gdynia in grain transshipment dropped up to 64 per cent. A significant increase (by 262,000 tons) was also noted by Szczecin-Świnoujście Ports. Polish seaports groups have transshipped almost 100 per cent more grain than in the last year. It’s an astonishing result related to the high demand of global market for seeds and lower supply, which has shrunk due to recent fires in Australia. Hence, the record break the Polish wheat export, which by the sea transport goes to recipients. Among the main grain species, the largest trade increase will be in wheat year-on-year, with an expected increase of 5.5 million tons compared to 2018/2019 levels, to almost 174 million tons in the 2019/2020 season. Containerized  trade in the Q1 in plus; these were handled by nearly 33 per cent more than in the last year and fuels (rose by 7.7 per cent). By contrast, other groups – coal, ore, mass and general cargo ended the Q1 in minus. Total transshipments reached 7 907.9 thous. tons and fell by 583 thous. tons  (7 %) with the decrease occurring in most loading groups, in particular ore (435 thous. tons lower). Also Polish export to the UK, Britain, Denmark and Norway was suspended because in those countries there is a total block of consumption (mainly industrial products). In conclusion, although the current downward fluctuation, transshipment in Polish seaports are at a safe level. This is caused by the universal nature of Polish seaports, where smaller transshipment in one group product compensate for increases in others, see grain vide ore (2020, Port Szczecin – Świnoujście).

In addition, analysts also marked that, the price wars in global oil market, in particular at OPEC is a very large  “handicap” for maritime carriers. There has been no such cheap fuel for years. The costs make it more profitable for marine carriers. If the fuels reach the right price, production will increase. This is an advantage that marine carriers can make use of it – said the President of the Port of Gdańsk Authority SA. In this context, threats in global oil markets are not a problem, at the end of Q1 fuels grew by 7.7 per cent. Naftoport maintains the full operational capacity of the port and absolutely all terminals. The Port of Gdańsk, together with the operators, are able to deliver and tranship any quantity of transhipments. In 2019 it was a record amount of 17 million tons, if this year will be even 14 million tons, it is still a success. However, these will be levels that Poland reached two years ago, but these are still not big declines. In 2019, Polish seaports handled 52 million tons, 2020 should end at around 48.5 million tons (April 2020, Port of Gdansk). The outlook for the Terminal in Świnoujście are aslo  good. The LNG terminal in Świnoujście is operating whithout interference (4 gas suppliers are scheduled to arrive this month). In the most pessimistic scenario, there may be less fuel or it may change the directions of supply chains.

A positive aspect for the economic future not only for Poland but also for the entire region of this part of Europe, is the significant supply growth forecast for container handling in ports (an increase to 9.5 million TEU in 2050). Poland is responding to these trends. In times of Covid19, the preparatory activities to launch investment and renovation tasks in improving port accessibility gained momentum. If the investment projects are implemented in accordance with the investment plan, already in 2024 the quantity and quality of transhipments in Polish seaports will drmatically improve. The seaports will increase transhipment capacity and become  one of the leading transhipment point in Central and Eastern Europe. This is expected not only by entrepreneurs in Poland but also abroad. Thanks to the investments, the operating conditions of many different economic entities that import and export their goods by sea will improve in this part of Europe. 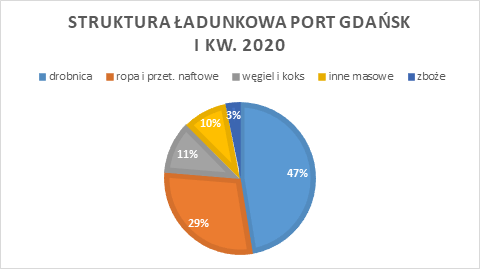 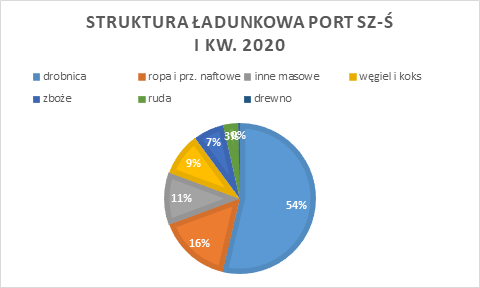