Skip to content Skip to navigation Accessibility
You are at: Home » Maritime Bulletin » Slavonia to Dalmatia in under 4 hours: the A1 motorway

Slavonia to Dalmatia in under 4 hours: the A1 motorway 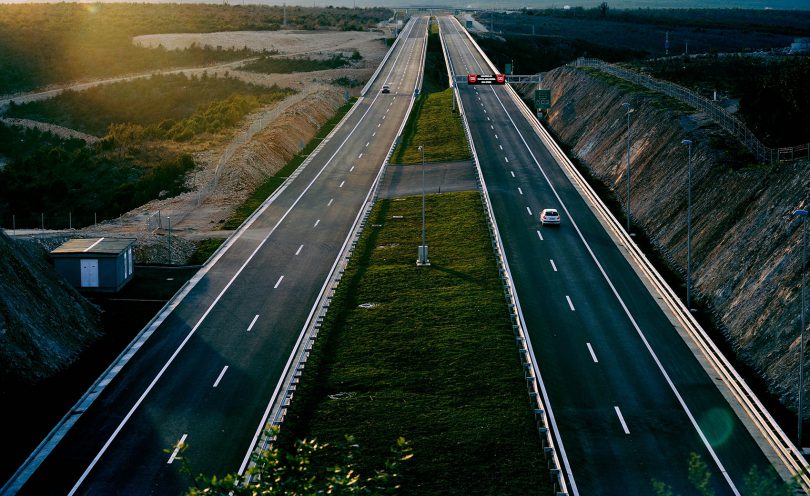 The Autoput A1, a motorway which will run through Bosnia and Hercegovina, is currently under construction. It will span 334 km when completed and will be the fastest route between Slavonia and Dalmatia.

Why is the A1 important for Croatia, Slavonia and Dalmatia?

According to Google Maps, it currently takes roughly the same amount of time (7 hours) to drive from Osijek (in Slavonia) to Ploče (in Dalmatia), either by staying within Croatian borders or crossing through Bosnia. The Croatian route is a 784 km drive, while current routes through Bosnia are up to 200 km less. Nevertheless, the drive through Croatia remains on four-lane motorways, which are built for speeds of up to 130 km, while the two routes through Bosnia mostly involve two-lane roads where speed limits vary, but are capped at 80 km.

The Autoput A1, which will span Eastern Bosnia, will be an estimated 334 km in length. It is approximately 72 km from Osijek to the Bosnian border, and about 24 km from the Bosnian border to Ploče. Once the A1 is complete, it will be a about a 430 km drive from Osijek to Ploče, which is 354 km less than the current Croatian route and will take less than 4 hours! The route also provides a faster connection from the rich agricultural region of Slavonia to the Port of Ploče, a key Adriatic port in Southern Dalmatia. 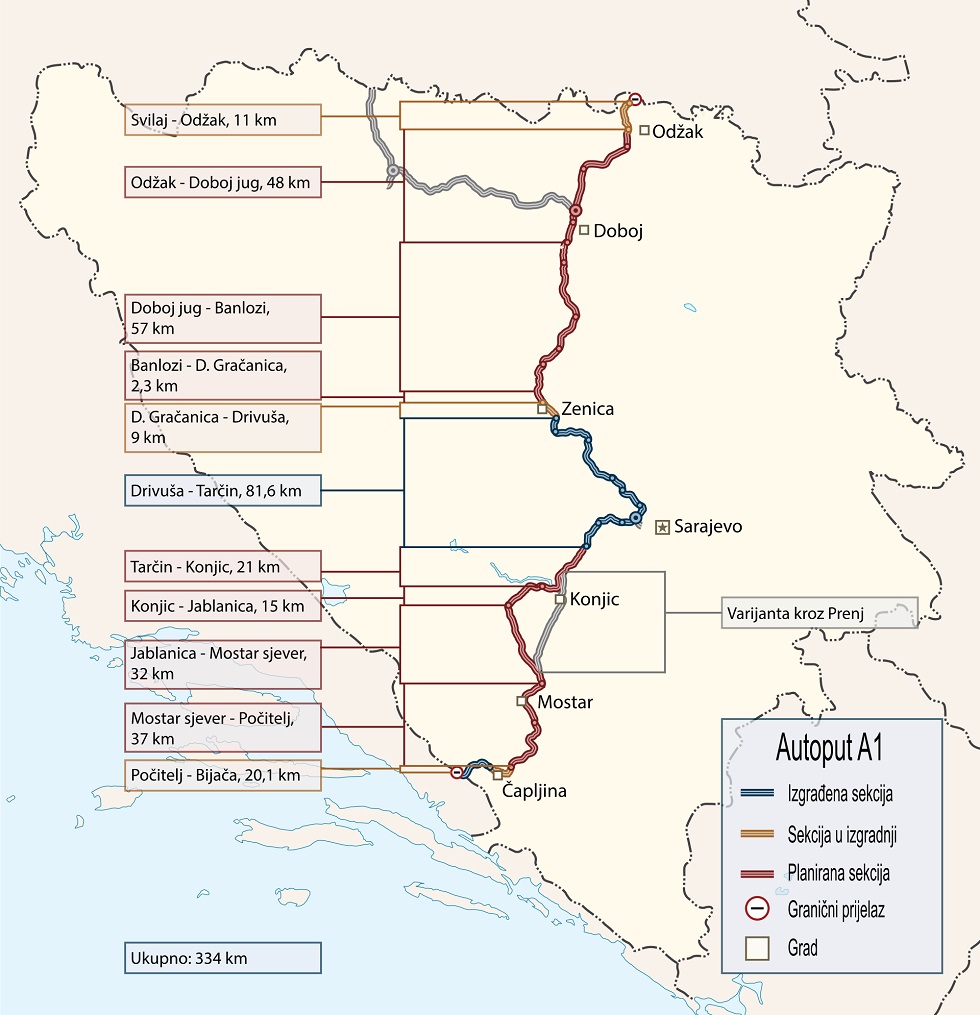 Why is the A1 important for Bosnia and the entire region?

As well as providing a connection to the Port of Ploče, the A1 will connect four major Bosnian cities: Doboj, Zenica, Sarajevo and Mostar. It also connects Međugorje, Kravice and Počitelj; all of which are world-class tourist destinations. The A1 is part of European Route E73/Corridor Vc, which will connect the above-mentioned towns and cities to Budapest, Hungary.

What are the environmental concerns?

The A1 highway route has been criticized by environmentalists, concerned citizens, and factions of the academic community and media for its encroachment on many endangered natural phenomenon, habitats and traditional ways of life in the Dinaric karst region. This is especially emphasized in the region of Herzegovina where most of Bosnia and Herzegovina’s karstic topography and biodiversity can be found. Planners have been addressing concerns by proposing variants to the route in the problematic sections.

How much of the A1 has been completed? What areas are currently under construction?

There is 30 km of motorway under construction in the following regions: 11 km between Svilaj and Odžak and 9 km between D. Gračanica and Tarčin. The 10km between Čapljina and Počitelj, was recently contracted to China State Construction Engineering Corporation Limited and is scheduled for completion in 2021. This means that there will be about 120 km of the 334 km route completed within the next couple of years. Here is a video from JP Autoceste FBiH, which provides an overview of the route:

And a September 2019 video update on the section between Vranduk and Ponirak (near Zenica):

For more information and updates on the construction of the A1, check out the JP Autoceste FBiH website here. (…)