Skip to content Skip to navigation Accessibility
You are at: Home » Home » The fourth summit of the Three Seas Initiative took place...

On 5-6 June in Ljubljana and Brdo near Kranj was held the summit of the Three Seas Initiative countries. The leaders of the 12 countries of the Baltic, Adriatic and Black Sea basin participated in the deliberations. It was already the fourth summit of this format which is initiated in 2015 by the presidents of Poland and Croatia. The meeting was also attended by European Commission President Jean-Claude Juncker, German President Frank-Walter Steinmeier and US Secretary of Energy Rick Perry.

Poland at the summit was represented by its President, Mr. Andrzej Duda, who stressed that it is desired to measure the effects of the Three Seas Initiative by “not the number of meetings or signed declarations, but kilometers of new roads, modernized gas pipelines or funds spent on urgent investments”.

One of the most important information announced during this summit was the planned establishment of the Three Seas Initiative Investment Fund. In principle, the Fund is to supplement EU funds when implementing priority investments in transport, infrastructure (in particular: roads, railways, inland waterways and ports), energy and digital in the Three Seas region. The Fund has been set up by investment banks in Poland and Romania, but other Tree Seas countries may also join this initiative after having obtained appropriate permits.

The President of Slovenia, Mr. Borut Pahor, said during the press conference after the summit that the Three Seas Initiative aims primarily at stimulating the economic development of the countries of the region and the whole Europe, strengthening the cohesion among others through the modernization of infrastructure, as well as strengthening transatlantic ties. He stressed that the countries of the Initiative remain open to partnership with the countries of the Western Balkans and the Eastern Partnership. – We encourage the European Commission to include the Three Seas Initiative in the process of creating its policies – said Pahor.

The President of the European Commission, Jean-Claude Juncker (JCJ) pointed out that in 2004-2020 60 billion euros were invested from the Structural Funds in the region of the Three Seas Initiative (3SI). – Juncker’s Plan has generated an additional 42 billion EUR for the 12 states participating in the 3SI. I am convinced that we have done and will continue to do everything we can to support better cohesion and a better network of connections in this region also in the coming years – he emphasized. In the Commission’s proposal on the EU budget for 2021-2027, “we want to allocate 42.3 billion EUR for a better network of connections, especially in this region,” JCJ added.

The Three Seas is aimed at strengthening links in the wider Central European region (between the Baltic, Adriatic and Black Seas), creating sustainable foundations for economic development in the areas of energy, transport, digital communications and the economy. It was appointed as a cooperation forum of 12 countries: Austria, Bulgaria, Croatia, the Czech Republic, Estonia, Lithuania, Latvia, Poland, Romania, Slovakia, Slovenia and Hungary. The area gathering the countries belonging to the 3SI constitutes almost one third of the total area of ​​the European Union. The priority for the 3SI is to build a coherent and well-integrated infrastructure in Central Europe, which will allow to balance the developmental inequalities resulting from the historical past. 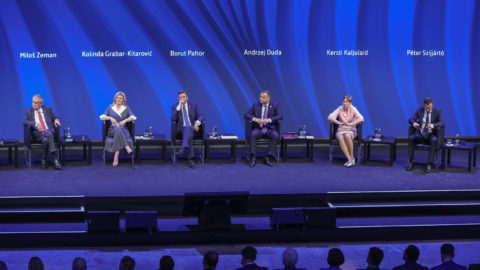 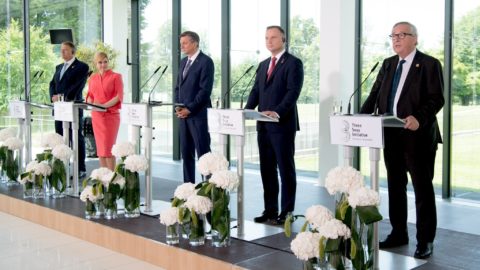 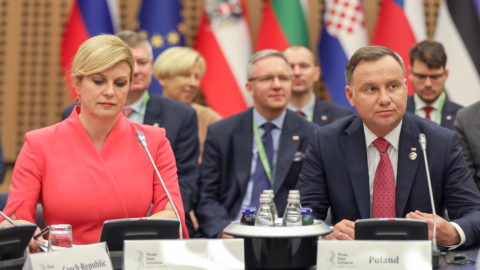 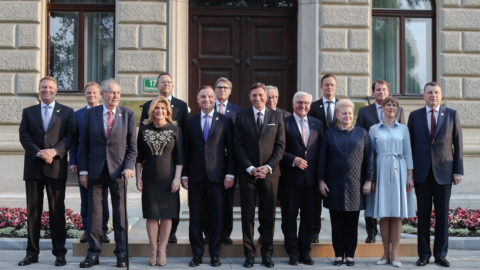 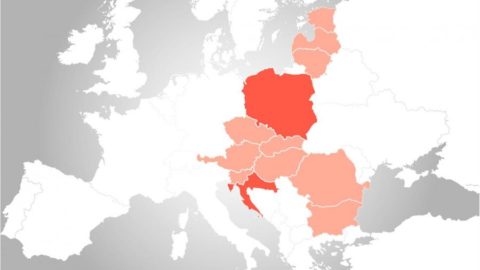