Skip to content Skip to navigation Accessibility
You are at: Home » Business » Infrastructure development in CEE one of the themes of the...

The 28th Economic Forum in Krynica-Zdrój was held this year on 4 – 6 September.
Over three days took place almost 180 discussion panels, debates and lectures. The conversations  were devoted primarily to the future of Europe, but also to new technologies.

Already in the first debate entitled “Between economy and politics. Europe in search of prescriptions for economic and social growth ” which was opening the Forum Minister Beata Szydło emphasized the effectiveness of Polish activities regarding the infrastructure development of Central and Eastern Europe.

– After three years of our government’s work and cooperation with the countries of the region, we managed to go through many projects. Via Carpatia is such an measurable, large infrastructure undertaking example, and at the same time a symbol of connection our region – indicated Minister Szydło.

As part of the conference “Europe of the Carpathians”, organized on the occasion of the Economic Forum, there was also a discussion panel entitled “Central Europe – Infrastructure under reconstruction”, in which took part the Minister of Infrastructure Andrzej Adamczyk and ministers for transportation of the Czech Republic, Lithuania, Slovakia, Ukraine and Hungary. Ministers talked about the most important infrastructure projects connecting the countries of our region (including Via Carpatia, Via Baltica, Rail Baltica and High Speed ​​Railways) and being a practical implementation of the idea of ​​the Three Sea Initiative.

During the Economic Forum, representatives of the management of the Polish Ministry of Infrastructure participated in sessions devoted to the development of the rail, air and road network in Poland and in the Central Europe region, among others on the directions of activities related to the Trans-European Transport Network (TEN-T) and the Central Communication Port.

On September 5, 2018, at the margins of the Forum, Minister Andrzej Adamczyk met with Minister of Foreign Affairs and Trade of Hungary, Peter Szijjartó. During the meeting among others were discussed issues related to the development of the High Speed ​​Railways project, cooperation regarding the Amber Railroad Goods Corridor and the Via Carpatia route.

– The project to build the High Speed ​​Rail system is undoubtedly a civilization undertaking that can change the European Union’s transport map in favor of our region. […] The development of transport links on the north-south axis is a significant impulse for economic activation and development, not only for the Baltic Sea basin, but also for the whole of Central and Eastern Europe” said Minister Adamczyk.

During the Economic Forum, the Polish and Lithuanian delegations also signed a letter of intent concerning the testing of 5G technology (new generation mobile network technology) on the Via Baltica route. 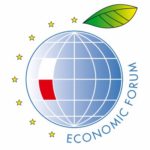 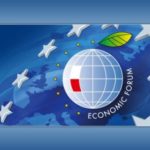