Skip to content Skip to navigation Accessibility
You are at: Home » Business » The Szczecin-Świnoujście and Klaipeda seaports are enhancing mutual cooperation

The Szczecin-Świnoujście and Klaipeda seaports are enhancing mutual cooperation

The Memorandum of Understanding provides for the tightening of bilateral cooperation in the development of sea transport. For this purpose, the ports intend to establish joint promotion, as well as economic and trade relations focusing on boosting trade between the two partner ports. Further plans include study visits to the ports and exchange of commercial information and experience. The MoU also enables to establish teams of specialists from partner ports with the goal of implementing provisions of the Memorandum.

The results of the cooperation are also plans to the launch of new ferry connection between the Polish city of Świnoujście and the Lithuanian city of Klaipeda. According to various analyzes, shifting transit traffic from road to ferries could reduce freight cost nearly by half.The connection will give the operators an attractive option in terms of price and logistics. Moreover, it will be competely new connection between East and West, which will be an attractive element of the regional intermodal system, especially in the context of traditional overland connections.

Launching the cooperation between two seaports as well as Polish-Lithuanian cooperation within „16+1” format were also being discussed during the bilateral meeting between Minister Marek Gróbarczyk and Rokas Masiulis, Minister of Transport and Communications of Lithuania.

Nowadays the Polish-Lithuanian cooperation, including cooperation of the two countries within „16+1” format, is developing very intensively. All the activities aiming to foster the cooperations between seaports and creating new connections in the Central and Eastern Europe region are supported by the Coordinating Secretariat for Maritime Issues „16+1”. 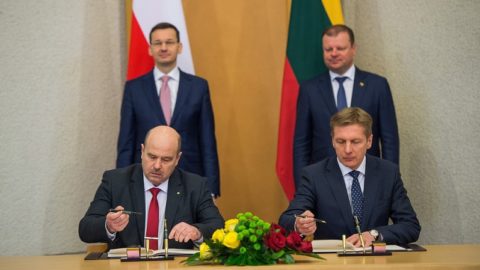 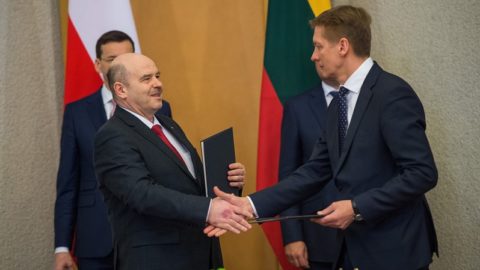 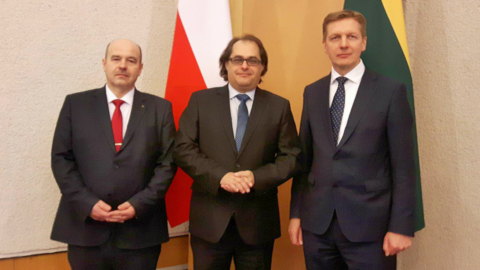