Skip to content Skip to navigation Accessibility
You are at: Home » Maritime Bulletin » Strategies for the development of intermodal transport of the CEE...

At the CEEC-China 2nd Transport Ministers’ Meeting & Business Forum in Warsaw on 25th and 26th October 2017, the par ticipants discussed the current state of affairs and prospects for maritime economy development, international transport routes and intermodal transport, as well as plans for infrastructure projects and the development of the whole region. The main problems and challenges that the two regions (the Black Sea and the Adriatic Sea regions) are facing have been summarised below. It is of great importance from the point of view of cooperation within the “16+1” format, that the wider region of Central and Eastern Europe (16 countries) is a very diverse area including countries that are members of the European Union, non-EU countries, countries inside and outside the euro zone, and countries with varied economic structures. The “Belt and Road” is a joint initiative aimed at benefiting both the CEE countries and China. The vast majority of goods are nowadays transported by ships, as Eurasian rail transport is still in the developing phase. The challenge for Central and Eastern Europe countries is to open new freight transport routes on rivers. Currently, China and CEE countries have an opportunity to continue working together within the framework of the “16+1” cooperation. 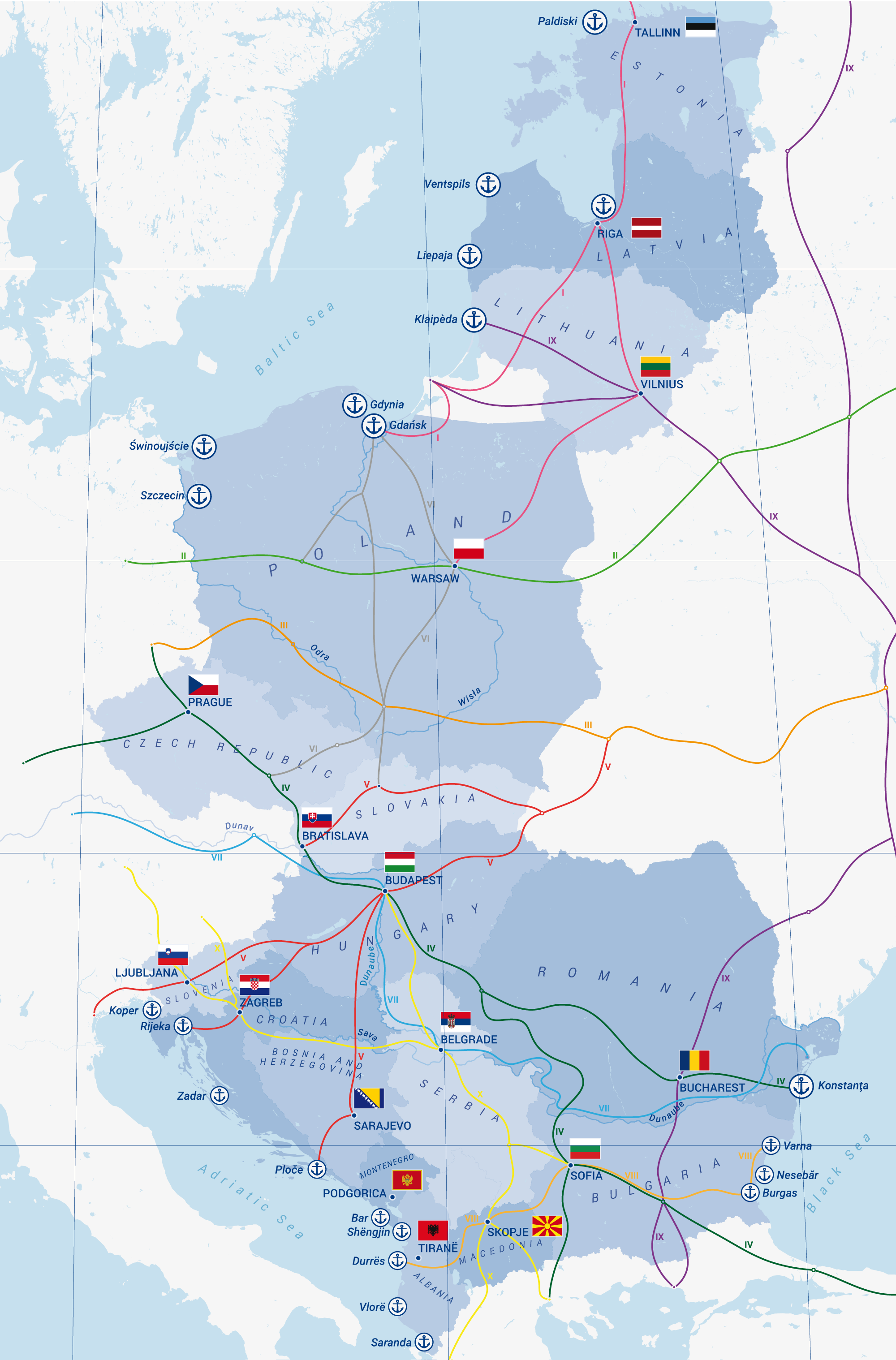