Skip to content Skip to navigation Accessibility
You are at: Home » Maritime Bulletin » Railway cooperation in the framework of V4

Railway cooperation in the framework of V4

The Visegrad countries have been constantly developing and modernising their railway routes over the last few years. Poland has the longest railway network (19,000 km), the Czech Republic is in the second position (over 9,000 km), followed by Hungary (8,000 km) and Slovakia (3,500 km). Normal gauge railways constitute the vast majority of the railway infrastructure, which facilitates international transport. However, differences in energy infrastructure are likely to cause some problems.

The railway infrastructure in the Visegrad countries has three different electrical traction supply systems. In Poland, there is a 3 kV DC power supply, in Slovakia and Czechia there exists a mixed system of alternating current and direct current (25 kV 50 Hz), whereas in Hungary only a 25 kV 50 Hz power supply is available. This situation requires operators to use multi-system rolling stock, which represents an extra cost. Additional barriers limiting the development of rail transport within the V4 countries are the low commercial speed of trains (20-30 km/h), gaps in point infrastructure, complicated administrative requirements and higher costs of access to infrastructure compared, for instance, to road transport. 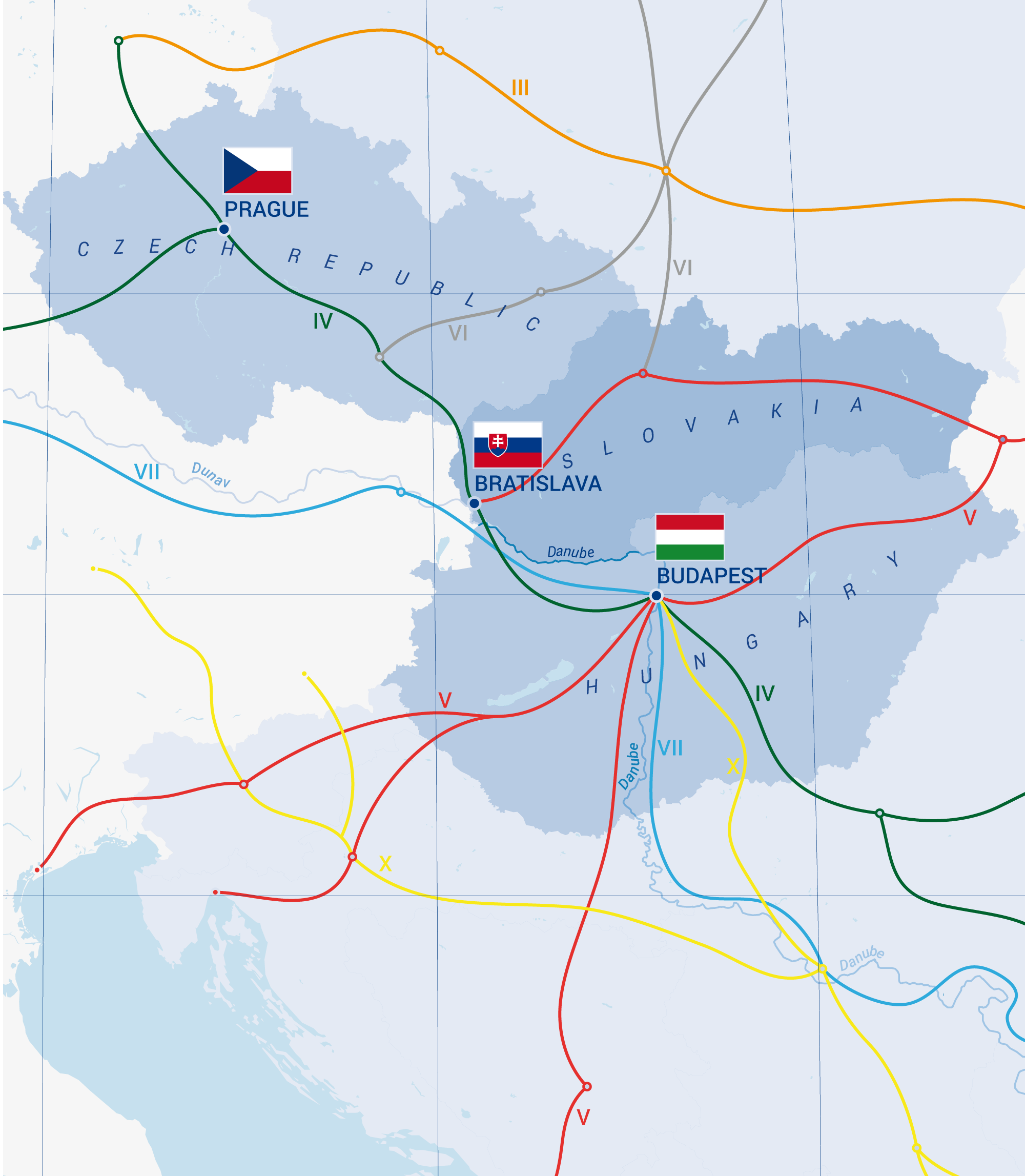