The third this year’s summit of the Three Seas Initiative was held on 17-18 September in Bucharest, parallel to the Business Forum for the transport, energy and IT / ICT sectors (information technologies and communication). The first day of the event was attended by the President of the Republic of Poland, Andrzej Duda, and the other – the Prime Minister of the Republic of Poland – Mateusz Morawiecki.

The president was accompanied by Minister Krzysztof Szczerski, undersecretary of state at the Ministry of Foreign Affairs.

Twelve representatives of the Member States have begun their participation in the Bucharest summit from the panel „Three-Sea Initiative in the Context of International Challenges”. Immediately thereafter were signed key documents enabling the further development of this Initiative: letter of intent regarding the establishment of the Three Seas Fund and the establishment of the Three Seas Business Council.

Three Seas Initiative is decided by europeanness and transatlanticity.

– We are here today, because we are a part of the EU and NATO (…) Therefore, I can not imagine that the Three Seas Initiative could operate outside these borders, and even more so against these organizations and their values ​​- he said.

Andrzej Duda stressed that in order to fulfill the above assumptions, the aim of the Three Seas Initiative is developed, well-integrated and safe Europe. As he stated, in order to achieve this goal, Three Seas Initiative focuses on deepening integration in the areas most important for economic development. He pointed here to transport, energy and digitization. The expression of these relations based on IT and EU cooperation was the presence of the heads of the largest financial institutions in Europe and in the world – the World Bank, the European Investment Bank and the European Bank for Reconstruction and Development, as well as the head of the European Commission and EU sectoral commissioners.

Referring to the two above-mentioned documents, which the signature of them was the culmination of the panel, President emphasized that thanks to them the Three Seas members will be able to strengthen the process of modernization of Central Europe .

– We will do it in a bottom-up, point-based way, focusing on the subsequent stages of construction of individual investments – he said.

The President also noted that the Three Seas Initiative is currently at an advanced stage of cooperation.

– We want to be and we are political practices, co-founders of the efficient and subjective Central Europe. Therefore, regional cooperation is enriched with new components and new instruments of implementation – said Andrzej Duda, stressing that after a period of consultation and exchange of experience, the time has come for the „implementation phase” of the project.

The Three Seas Fund is to provide capital for cross-border investments in the region. The initiative is of a political nature, but the fund itself is to operate in accordance with the business account. Poland is one of the originators of the new project. On behalf of the government, Bank Gospodarstwa Krajowego took part in the work.

The plans of the Three Seas Initiative’s summit also included the adoption of a catalog of Three Seas investment priorities, which Member States will try to attract external investors. Polish proposals were, among the others: Via Carpatia, Via Baltica and an inland waterway based on the Odra River.

The Three Seas Initiative is a cooperation platform for twelve countries located between the Adriatic, Baltic and Black Seas. It’s aim is to strengthen the cohesion of the European Union by strengthening infrastructure and energy cooperation and economic countries of Central Europe. 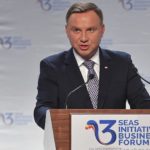 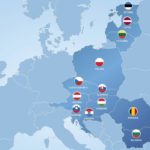