Gdańsk is the sixth biggest port of the Baltic Sea, ranking behind predominant Russian ports. But if we combine its potential with that of the ports in Gdynia, Świnoujście and Szczecin, we do have something to be proud of. Poland is the Baltic Sea region’s leader in terms of transportation of container load. It is, however, regrettable, that the success of our ports is largely attributable to foreign companies.

What is the biggest advantage of maritime transport? Low costs. This results from the fact that waterborne vessels increase their load carrying capacity year by year, and can take ever more cargo on board. For instance, the largest container ship in the world is able to transport over 21 thousand containers at a time, whereas the longest trains can transport only about 50–60 containers at one time.

According to research maritime transport accounts for as much as 90% of the global transport of goods. The most intensive trading takes place between North/South America and Europe, between Asia and Europe, and on the route Japan-USA-Australia (for those interested: amap of the most often travelled sea roads  The first ten positions of the global ranking are taken by as many as six Chinese ports. There are also individual “hotspots” in Singapore, South Korea, the United Arab Emirates and the United States. The biggest European port, namely the port of Rotterdam, has been ranked only the 12th. And what about Poland? Our Gdańsk-based national leader has been classified at the end of the first hundred.

When it comes to the weight of the load trans-shipped on the Baltic Sea, Poland is ranked fifth, following Russia, Sweden, Finland and Denmark.

In the ‘biggest ports’ category, Gdańsk ranked the best, taking the sixth place (8th – Szczecin/Świnoujście, 11th – Gdynia). Russian ports, including the ports of Ust-Luga, Primorsk, and Saint Petersburg, remain leaders in this category. It is very encouraging that Poland’s share in the volume of the total trans-shipment handled at Baltic ports increased from 7.3% to 12.7% in the period from 2005 to 2015.

Our ports offer the advantage of lower port charges (they are 9 and 2 times lower compared to Norwegian and German charges respectively), as well as a shorter distance to mainland terminals compared to Hamburg or Rotterdam, which makes it possible to offer services not only to the southern part of Poland, but also to our neighbours, the Czech Republic and Slovakia. Weather conditions constitute an additional advantage – especially the lack of a sheet of ice in winter, which works to the disadvantage of some Russian ports and those located in the Gulf of Bothnia that separates Sweden from Finland.

A significant part of cargo, as much as 44%, is handled in the port of Gdańsk. Gdynia comes second, with the share of 24%. Świnoujście is ranked third with its 17%, and Szczecin, with the modest 2.4% of the total load volume, is ranked fourth. Dry bulk cargo (coal, iron ore) accounts for a significant proportion of the total transport volume at 36.3%, liquid bulk cargo (fuel) at 26.2%, and cargo in large containers (including machines, food products, consumer electronics and household appliances) at 20.3%. The latter constitute one of the most important areas of operation for Polish ports, not least due to the value of the cargo itself, and the potential for international exchange.

Container shipping leaders in the region

Baltic Container Terminal belongs to ICTSI, an operator from the Philippines; Gdynia Container Terminal (GCT) is owned by Hutchison Port Holding (Hong Kong); Deepwater Container Terminal Gdańsk (DCT) is controlled by an infrastructure asset management company called Macquarie Infrastructure and Real Assets (Australia), and the terminal in Szczecin belongs to a German logistics operator called Deutsche Bahn. It is also important to add that the bulk cargo terminal in Gdańsk is owned by SEA-INVEST from Belgium; MTMG in Gdynia belongs to the French ATIV Services, and Bałtycki Terminal Zbożowy (Baltic Grain Terminal), also based in Gdynia, is owned by Dutch subsidiaries. Of course, Poles own the liquid fuel terminal in Gdańsk or the Świnoujście LNG terminal among others, but the scale of share of foreign companies in the ownership structure of terminals located in Poland is overwhelming.

This does not change the fact that foreign capital in Polish ports has enabled us to become the leader of the Baltic Sea area in terms of handling container cargo, placing us ahead of Russia, Sweden and Denmark.

Such good results are mainly due to the DCT terminal located in Gdańsk. Its growing position is proven by the fact that last month it berthed the OOCL Hong Kong, the largest container ship in the world, travelling along the LL1 route that connects Far Eastern ports with four ports in Europe: Felixstowe, Rotterdam, Wilhelmshaven, as well as the one in Gdańsk. Gdańsk’s DCT is the only Baltic deep water port able to handle the largest ships from the Far East, which is managed among others under the 2M Alliance consisting of two of the largest container shipping companies in the world: Maersk Line (ML) and Mediterranean Shipping Company (MSC). The location of Gdańsk (access to the port from the open sea) and low port charges are said to have made the Port of Hamburg lose 9.7% of the less-than-container load volume, i.e. 180 thousand TEU, according to the ports report for the period of 2015/16. What is even more important is that last year DCT finished working on a second terminal, thus increasing its capacity up to the level of 3 million TEU.

What is the situation regarding our trade relations with Scandinavia?

In 2015, the turnover on trading with Sweden was 7.7 billion euros, with a positive balance of 1.6 billion euros reported by Poland.

Denmark came second, classified as our 17th export partner (1.62% share) and 20th import partner (1.20% share). In this case, we also reported a positive balance, amounting to 0.6 billion euros, with a turnover of 4.8 billion euros. Our trading relationship with Denmark is similar to that with Norway which was ranked 20th, with a total turnover of 4.6 billion euros and a positive balance amounting to 0.29 billion euros. It appears that Finland ranks the lowest at the 23rd place in the imports category (approx. 0.83% share) and the 24th place in terms of exports (0.75% share). To summarize, it should be stated that only 6.5% of our exports are shipped to Scandinavia, while from the north we import slightly more than 4.8% of all goods.

Using marine infrastructure in trading with Scandinavian countries yields the best effects in our relationship with Sweden. In 2016, the share of load transported from Sweden was 11.8%; which is only surpassed by the share of cargo shipped from Russia. Norway came fourth with a 5% share. Analysing the share of Scandinavian countries in the context of the cargo exported from our ports, Sweden appears to rank the highest at 16.3%. A total of 19 thousand ships arrived to Polish ports in 2016, representing a gross tonnage of 205.9 million tonnes, with 1.3 thousand ships (GT: 33.4 million tonnes) travelling from Sweden, 1.2 thousand ships (GT: 20.5 million tonnes) from Denmark, and 1.1 thousand ships (GT: 6.4 million tonnes) from Norway. Apart from trade, passenger transportation plays an important role as well. In this category, the port in Świnoujście seems to be the indisputable leader, having dominated other players by handling 59.4% of the total passenger transport volume (over 1 million people) in 2016.

The port of Gdynia came second at 34.7% (600 thousand passengers), the last member of the top three category being the port of Gdańsk at 5.9% (100 thousand passengers). The main destinations included the ports of Ystad (40.7%) and Trelleborg (18.7%), reached from Świnoujście, Karlskrona (34.7%), reached from Gdynia, and Nynäshamn (5.9%) with ferries travelling from Gdańsk. All of the said destination ports are located in Sweden.

Ports are a good business

Ports are not just a stimulus for the development of the Pomeranian or West Pomeranian Province, but most of all a source of high profit for the country. In 2015 alone, the amount of the collected VAT, customs and excise duties generated almost 18 billion zloty for the state’s budget!

The geographical proximity implies that the numbers may further increase. With this purpose in mind, we should put more effort into extending our road and rail infrastructure in order to enable different regions inside the country become economically oriented towards Scandinavia. We should also bear in mind the potential of the Three Seas Initiative, which may stimulate ports in the north of the country into managing trade between Southern Europe and Scandinavia. To this end, however, we need a common transportation infrastructure, as well as logistics centres  and reasonably located freight transfer terminals. Hence, it is good to see the development of such projects as Via Carpatia or the completion of the A1 motorway. The idea of Poland as Europe’s logistics-transportation hub is still remote, however, especially if we consider our railway system, where the average operating speed of freight trains is only 25 km/h. 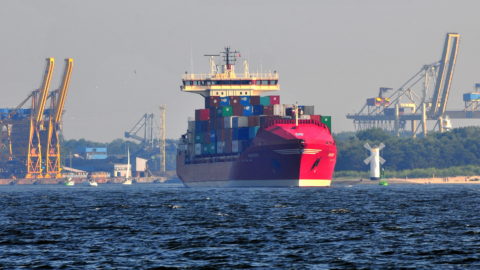 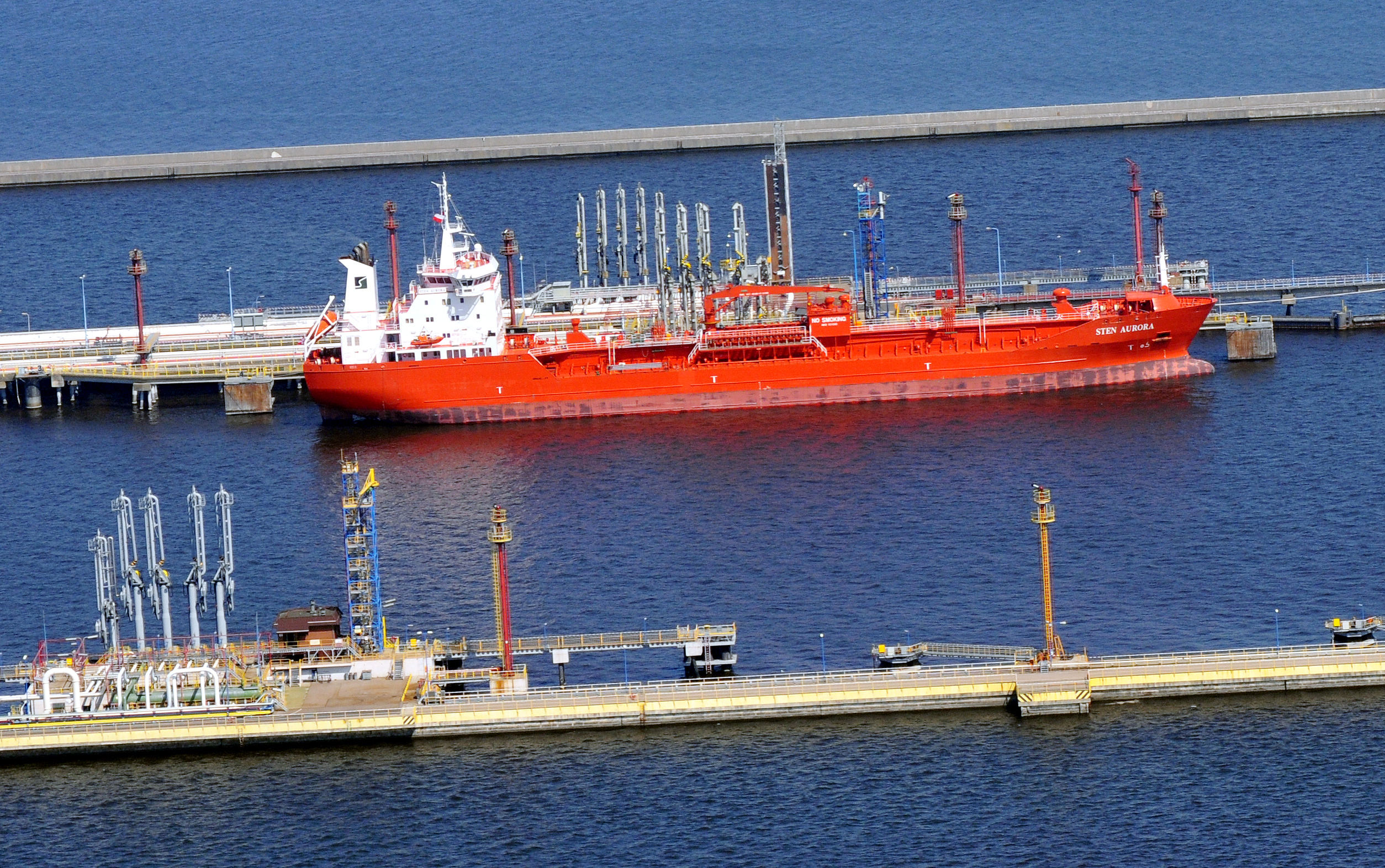 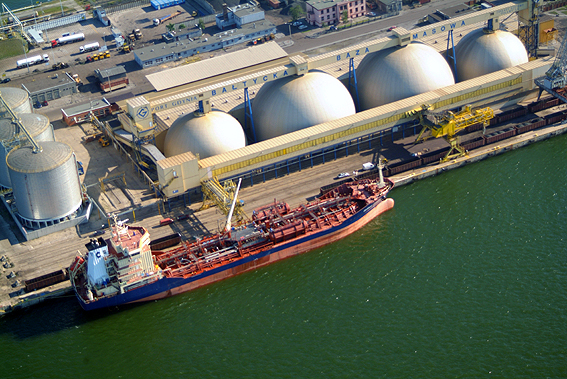