On 24 August 2018, members of the Agreement on Cooperation between Operators of Transshipment Terminals and Logistics Centres in the Central and Eastern Europe have met in the headquarter of the Port of Gdynia.

The document that has been signed assumes i.a. mutual support for establishing the logistics chains on the East – West axis, North – South axis and from Asia, and also join creation of investment and business projects in the field of logistics.

The Port of Gdynia Authority, as one of the initiators, sees the agreement as the chance for the implementation of goals and priorities concluded in the Port of Gdynia’s Strategic Development Plan to 2027 as well as the Strategy for Responsible Development to 2020 with a perspective to 2030 in the field of development of intermodal transport infrastructure through connecting seaports with railway network and further development of Polish logistics hubs potential. – Mr. Adam Meller, President of the Board of Port of Gdynia stated. – We welcome the fact that the agreement gained new partners, with whom we are willing to jointly build the competitive position of Polish transport industry in the Central and Eastern Europe.

As the Port of Gdynia Authority stated, the dynamically developing TSL market needs mutual cooperation and partnership in favour of creating logistic chains. The integration and at the same time development of logistics activity in conjunction with ongoing on a large-scale modernization works of railway connections will positively affect not only the whole Polish economy, but also will strenghten Polish position abroad as a gate from East to the European Union. – Mr. Mirosław Antosiewicz, member of the Board of PKP S.A. (Polish National Railways).

This initiative aims to act in favour of establishing the entity under the name of Organization of transshipment terminals and logistics centres in the Central and Eastern Europe, which will enable cooperation in the field of promotion of these entities’ potential among clients of logistic services at home and abroad. The organization will also integrate the stakeholders in planning and implementing investment ans business projects as well as implementing the latest technologies in logistic processes using national and EU financial resources. 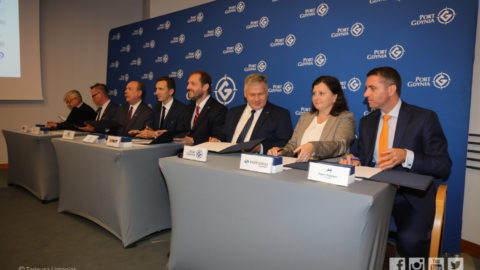 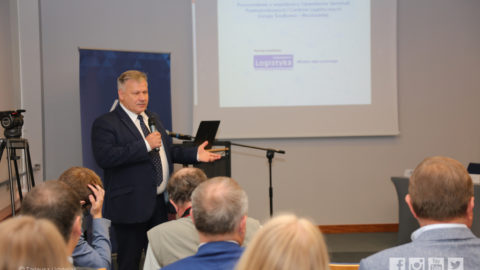