Skip to content Skip to navigation Accessibility
You are at: Home » Business » Three Seas Fund to be established

Three Seas Fund to be established

At the upcoming summit of the Three Seas countries in Bucharest, which will be held on 17-18 September, banking institutions from 12 countries will sign a letter of intent on the establishment of a special investment fund called “Three Seas Fund”. The main aim of the fund will be financing strategic infrastructure and energy projects in this region. The budget will amount to EUR 5 billion to generate investments worth EUR 100 billion.

Bank Gospodarstwa Krajowego, the Polish state development bank, took the initiative to create an investment instrument that would respond to the economic and infrastructural needs of the region.
In all the Three Seas countries there are institutions operating as the development banks or governmental agencies. The managements of these entities have already held a dozen or so bilateral meetings, held two consensus workshops and developed an outline of the strategy and ways of operating the fund, as well as the funding rules.

In the Three Seas Fund, a strong emphasis will be placed on international investments. The flagship example of the international project, common for the entire region, is Via Carpatia, the North-South route connecting Klaipeda with the port of Thessaloniki. One of the main challenges for the Three Seas countries it to provide the common transport network, which will connect geographically close countries. The countries are also willing to cooperate in the field of energy. Poland and Croatia are interested in the connection of the LNG terminals in Świnoujście and on the Island of Krk, which is currently under construction, and in the construction of the gas distribution network in the region. The main aim of the fund is to benefit all the Three Seas countries and their economies.

The list of joint investment projects will be presented during the Bucharest Summit. Currently, each of the 12 countries is preparing a set of their own priority tasks of the international importance. The list have to include seven projects indicated by the president’s office and the government, like construction of gas transmission, rail, road and river connections. In Bucharest, heads of state will sign the declaration that will include priority projects, while this list will be an annex to the strategy of the Fund being created.

The founding countries will contribute to the budget in proportion to their possibilities. Polish BGK, as the initiator of the Three Seas Fund, is planning to spend 10 percent of total amount (EUR 500 million). The fund’s operation model assumes co-operation with the European financial institutions, like the European Investment Bank, as well as the state, public and private entities.

We look forward to working with large international pension funds and private equity funds. There are many undertakings that are attractive from the point of view of private investors on the list of investments – says Ms. Beata Daszyńska – Muzyczka, President of the Board of the BGK. The Three Seas Fund will also apply for EU funds from the future budget perspective.

The duration of the Three Seas Fund’s operation is planned for at least 30 years. Operatively, it will start in 2019. The Three Seas countries include Austria, Bulgaria, Croatia, Czechia, Estonia, Hungary, Latvia, Lithuania, Slovakia, Slovenia, Poland and Romania. The objectives of the Three Seas Initiative are in line with the key strategies of the European Commission. 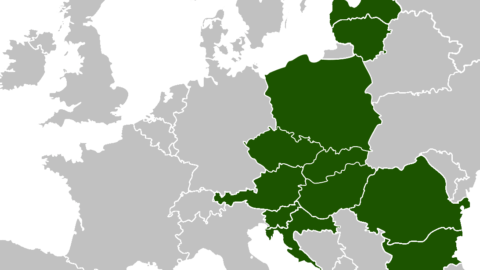