Skip to content Skip to navigation Accessibility
You are at: Home » EU Connectivity Platform » The Central and Eastern Europe – China Summit 2018 in...

The Central and Eastern Europe – China Summit 2018 in Sofia

During the summit Mr. Li Keqiang, Prime Minister of China assured that the Chinese market is open to foreign products and investors. “The cooperation within this format will contribute to the global development” – he emphasized. He also stressed that in the first five months of this year the trade exchange between China and the Central and Eastern Europe countries has increased by 24.5 percent. “We will support growth in the Central and Eastern Europe countries in every way. We stimulate global free trade, and I believe that our cooperation will be a motivation for the EU development and will improve the relationship between China and the EU, which will contribute to global development” said the Chinese Prime Minister.

Mr. Boyko Borisov, Prime Minister of Bulgaria stressed that the “16 + 1” format does not divide Europe and allows countries to make up for developmental losses to other countries by investing in projects which are not funded by the EU cohesion funds.

At the summit Poland was represented by Mr. Jarosław Gowin, Deputy Prime Minister and Minister of Science and Higher Education. In his address during the plenary session, Prime Minister Jarosław Gowin stressed that Poland appreciated the multifacetedness of the initiative which the “16+1” summit was. “In fact, it allows to strengthen contacts with China not only at the level of administration, but also of business, science or culture. We are aware that for some European countries of the format, the summit is a unique opportunity for a conducting high-level political dialogue with China” – said Deputy Prime Minister Gowin.

Mr. Jarosław Gowin expressed his recognition as regards the existing achievements of the 16+1 platform, but also pointed out that he would see a potential for closer cooperation. He also confirmed his willingness to further engage Poland under the “16+1” format. He stressed that this initiative could play a significant role in the development in geographically sustainable transport routes and logistic links between the European Union and China.

In the “Sofia Guidelines” the countries referred to the role of the Three Seas Initiative, namely to strengthen regional cooperation and also implement infrastructure projects, such as the Belgrade-Budapest railway project and plans to connect this line with seaports in Albania, Croatia, Montenegro and Slovenia. In addition, the participants of the summit declared their will to increase the synergy between the Belt and Road Initiative, the Trans-European Transport Network (TEN-T) and its expansion to the Western Balkans countries. The cooperation will take place among others in the “16 + 1” format, EU-China Connectivity Platform and Eastern Partnership.

At the summit there was also a proposal, as a part of the “16 + 1” initiative, to establish a partnership center based in Sofia, between the countries of the region and China (Global Partnership and Cooperation Center).

The cooperation within the “16 + 1” format is aimed primarily to increase mutual trade exchange and build new land and sea transport corridors between the Central and Eastern Europe countries and China.

The first meeting of the Heads of State and Governments of the Central and Eastern European countries and China took place in Warsaw in 2012 on the occasion of the visit of the then Prime Minister of China Wen Jiabao to Poland. During the summit China announced the plan of 12 steps for friendly cooperation with Central and Eastern Europe, which became the basis for the development of the “16 + 1” format. The following summits of the Prime Ministers were held in Bucharest (2013), Belgrade (2014), Suzhou (2015), Riga (2016) and Budapest (2017). The next “16 + 1” summit will take place in 2019 in Croatia. The meeting in 2020 will be hosted by China. 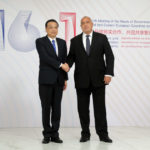 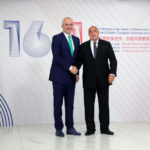 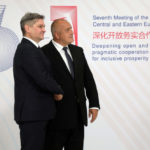 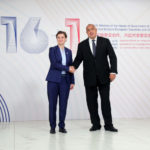 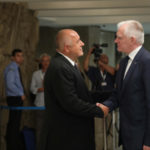 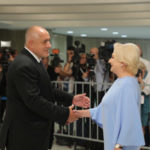 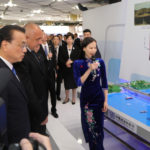 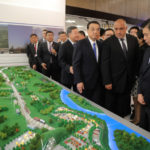 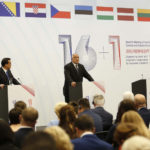